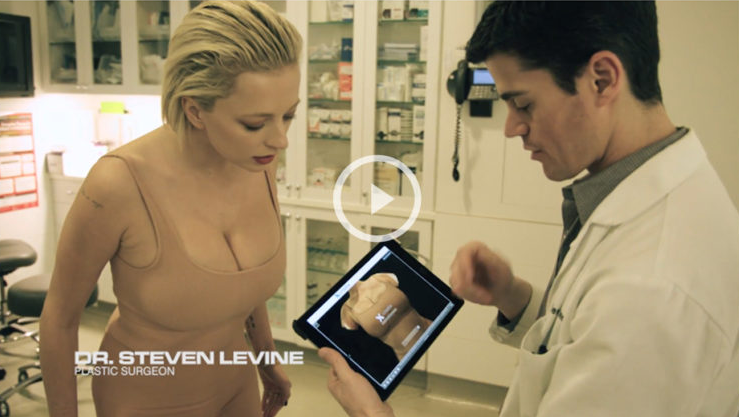 In Sex Object, Exploring the Fraught Territory Where Gender, Sexuality, and Technology Intersect

The annual tech trade show CES wraps up today in Las Vegas, and this year, the biggest news to come out of the event had to do with a product that wasn’t there: Osé, a robotic vibrator, was banned from the show by organizers who deemed the toy some combination of “immoral, obscene, profane” and/or “not in keeping with” the “Mom ‘n’ apple pie” image of the Consumer Technology Association. An association that, at last year’s CES show, took great pride in debuting Harmony, Abyss Creations’s hyper-realistic, AI-enabled sex doll. That gender double standards exist in the male-dominated tech industry isn’t surprising, exactly—but what the Osé contretemps points up is the danger that technology invents a future where such double standards worsen, or at the very least, persist.

Meredith Danluck’s short doc Sex Object ventures into the fraught territory where gender, sexuality, and technology intersect. Two character studies are juxtaposed in the film: David Mills, a West Virginia–based author, introduces us to his sex doll, Taffy, and model, actress and Instagram star Caroline Vreeland contemplates the fine distinction between a sex object and a sex symbol. Along the way, Danluck inquires into the ways technology—be it interactive sex dolls, plastic surgery, or Instagram filters—serve to reaffirm conventions around femininity and female sexuality, and may be replacing our desire to connect IRL.

“It’s becoming a surrogate for intimacy,” notes Danluck, a longtime documentary director whose first narrative feature, State Like Sleep, was released last week. “Your phone can give you the same hit and high as a relationship—but on-demand. So what happens when you bump up against the reality of a person and all of her needs?”

Women, Danluck is quick to point out, are just as susceptible to the convenience of a Tinder swipe as any man. But when dating apps and social media platforms encourage women to package themselves as products, how can they compete against the likes of Mills’s Taffy? What happens when a commonplace technology exists that gives men the power to design “woman” to spec, made just to please?

“It’s easy to read David as an outlier, or extreme,” says Danluck, who discovered Mills in a stand-up video he posted that costarred Taffy. “But . . . okay, it’s like, Michael Shannon is one of the stars of my movie, and when we were doing press, he was talking about the fact that he plays a lot of weirdos and villains. And he was saying, these people, they don’t fall out of the sky. Our culture created them. We created them. So,” she adds, “we need to understand them if we want to understand ourselves.”